One Year at Viva IT - Allie

Wow, one year already. I’ll echo what I said in my one month post and just say that time’s flown by so quickly that it wasn’t until it was time for my yearly review that I realised just how long it’d been. So, how about I get into what made it go by so quickly?

Before starting at Viva IT, I’d been writing code in different capacities for just about 7 years. I can confidently say that in the 1 I’ve been here I’ve learned more than I did in the bulk of those combined. It’s been nothing short of an incredible experience, to be honest.

As someone who really values - and most importantly enjoys - learning and problem solving, being encouraged to tackle tasks outside of my comfort zone so consistently, and with plenty more to come, has been a great experience. It has finally motivated me to work more on fun projects outside of work, which was increasingly becoming a struggle as my feelings towards coding were souring because of an unshakeable feeling of stagnation and boredom while I was at University.

More than just motivation though, working on personal projects lately has really shown how much I’ve improved in skill over the last year. Knowing the theory and being able to spout it is one thing, but regularly utilising best practices and principles hasn’t just made my work more readable and expandable, but much quicker. I feel like I come to solutions to problems drastically quicker than I used to.

Alright, enough programming, how about the company? Picking up so much in such a short span of time has definitely been a struggle, and wherever I’ve struggled I’ve had others to help me. The assistance from both my fellow developers as well as the management side of the company has been immeasurable, from not being able to get something to work how I expect it to, to entire process changes in response to feedback. It really feels like the company does its best to promote its employees to grow, then grow along with them. I’ll once again echo something said in my one month post, I really feel like my opinions and skills are valued here.

In spite of how quick it’s felt, looking back at the past year shows just how much I’ve been able to accomplish. In my time here, I’ve worked on pages that are used by hundreds of people a day like the workstream item listing page, new features like the follow-up forms, introduced new technology to improve and speed up development, and in the last couple of months helped train new developers.

Looking forward into the future, I hope to be spearheading some interesting projects that we’re having discussions about internally right now as well as sinking my teeth into some of our most complex technologies and hopefully only breaking a few things along the way! 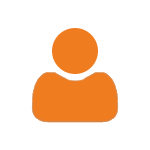